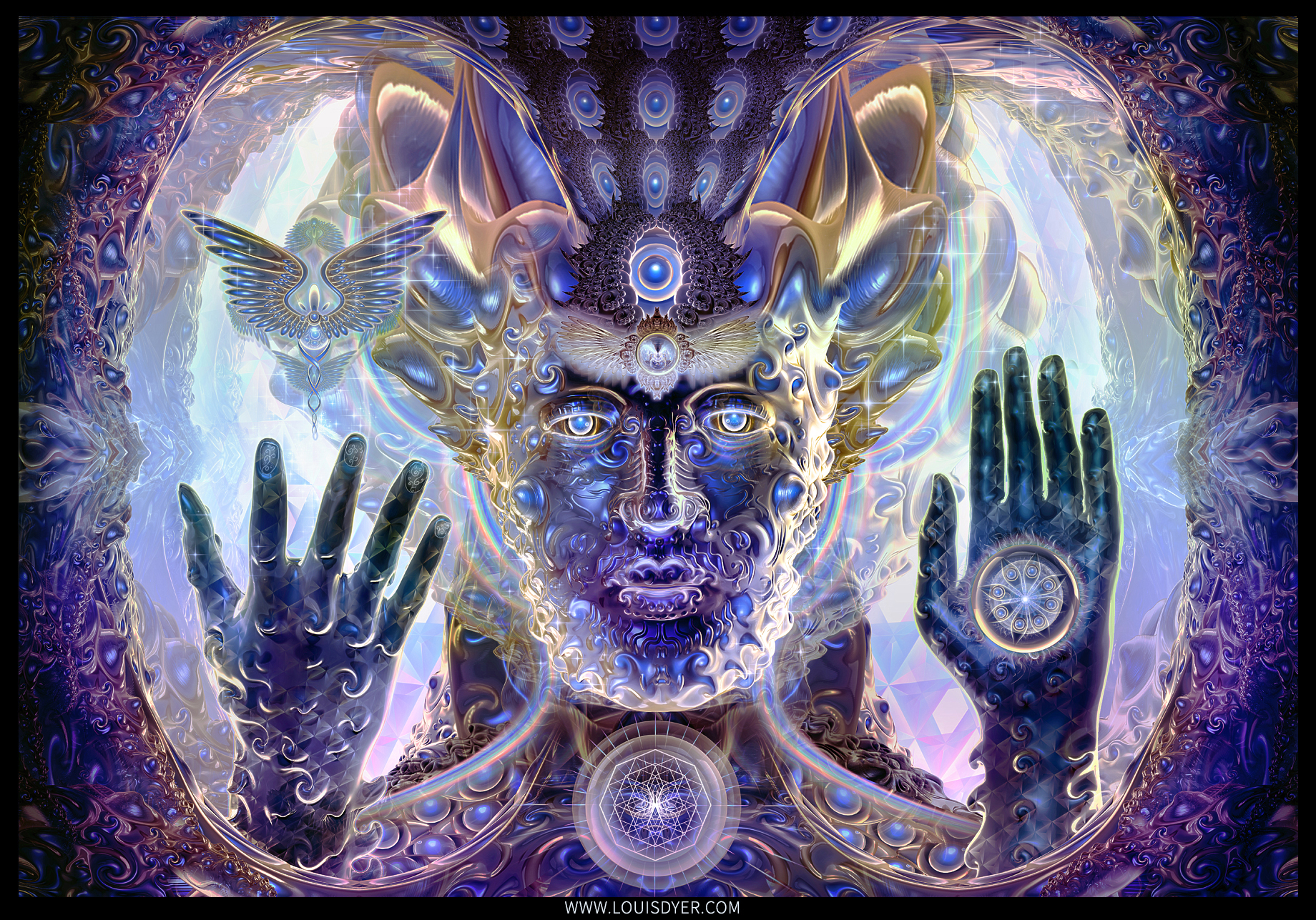 This piece began unexpectedly, I was experimenting with the idea of creating a godhead/figure of some kind with an elaborate design.

So it started as a Z brush sculpt, I created a head with a bunch of swirls and patterns on it.
I used a metal material and careful placement of lights to get a deep shiny blue and golden effect that was very striking, it had an Egyptian vibe to it.
This was then brought into photoshop as a flat image to paint upon.

I used a bunch of warp and distortion tools to create the frame that surrounds the face, mainly the polar coordinate distortion effect.
I then experimented a lot with a single piece of stock imagery, it was a shiny ball that I used to create eyes, wings and even a mandala with.

I experimented a lot with the position of the hands and settled for one presenting a gift and the other offering reassurance and safety.

Finally I made some colour adjustments, the original gold and blue had a little too much contrast, so I put a bunch of pink, purple and green on top to soften the piece.

You can watch a 20 minute narrated process video of how I created this piece on my Advanced Digital Art E-course which is currently half price this weekend!
I have added a lot of new content this month and have many more videos, stock imagery and brushes on the way soon so now would be an awesome time to get on board!