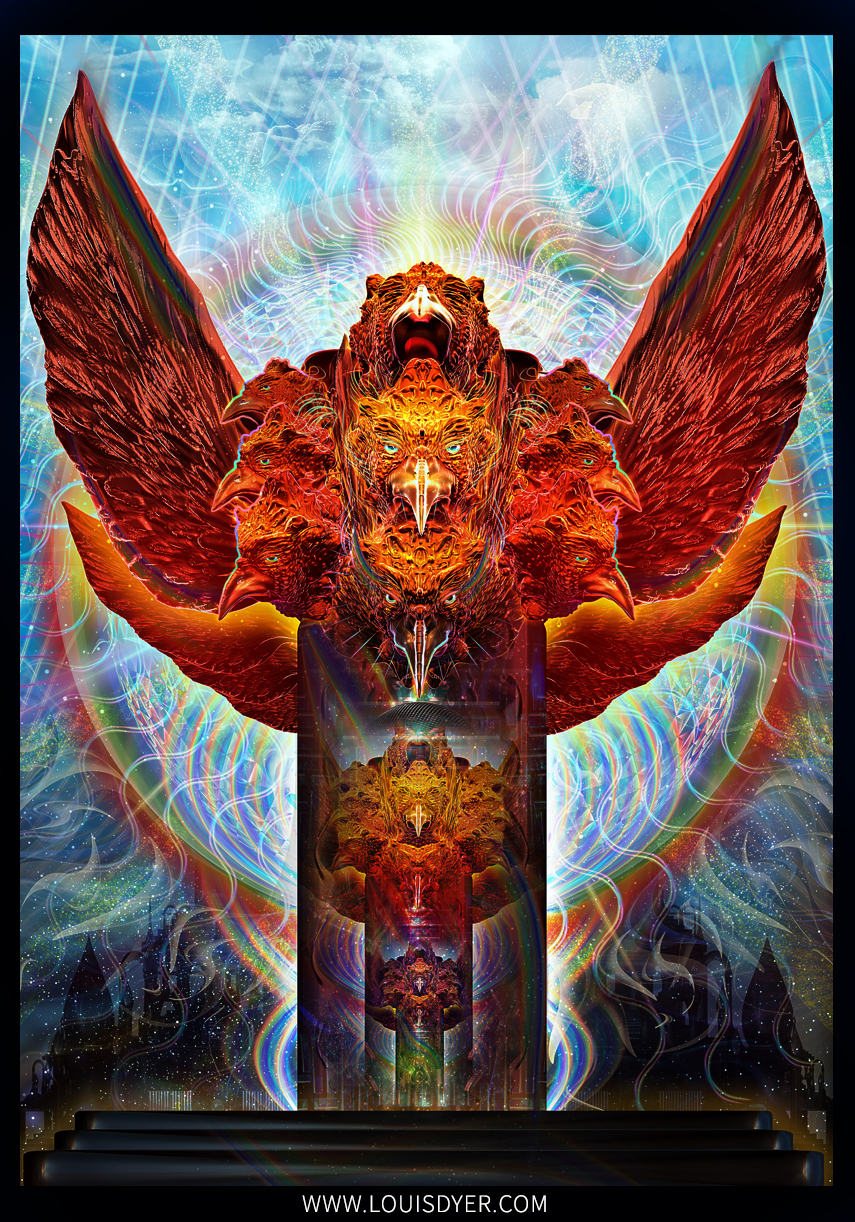 This piece was inspired by a visualisation technique I often use during the onset of sleep, when I feel my mind starting to wander I re-focus and start to intently visualise images, so I will try and visualise a simple object or a colour. I concentrate and let the images grow deeper and more intense.

Once I am warmed up I let the imagery just fly through my mind, during this phase I start to see beautiful images that I want to bring back and paint. Eventually after entering this random stream of imagery I get the feeling that I have become the image.

The other night I used this technique and saw a strange image of a bird with 12 heads. It was on some sort of pole or totem. Behind it was a circular rainbow and it’s wings were tinted with dark multi coloured hues. It was a striking image at the time, and once I fixated on it I just kept seeing more and more details.

3 days later I began to render this image in the waking world.
While working on this piece it went in directions I never imagined, I was inspired by the fractal like nature of the mind and it’s ability to generate seemingly infinite images in a constant stream while still being able to take in details. Unfortunately 99% of the other images have faded but bringing back just 1 image is good enough!I feel like I have worked through this image for now, but I might use it in something else for the future.

I actually filmed the entire creation process for this piece! So students on my advanced digital art course can expect to see a narrated video soon.

Lost in a trance