I had a few long dreams and an amazing lucid dream, probably the strongest in lucidity yet.

I was hunting down someone, leaping around a seafront, that part of the dream wasn’t lucid but then I suddenly said i know I’m dreaming, I don’t want to chase someone, I want to walk across the water so I focused on a piece of land far out into sea, and my vision was crystal clear for about 5-6 seconds, I was walking along the calm water, it was shimmering, the whole scene was like a moving piece of my artwork!

On this night I had just moved away from home and was sleeping in my new flat, I felt a great energy there and probably had the strongest lucid dreams during this period! 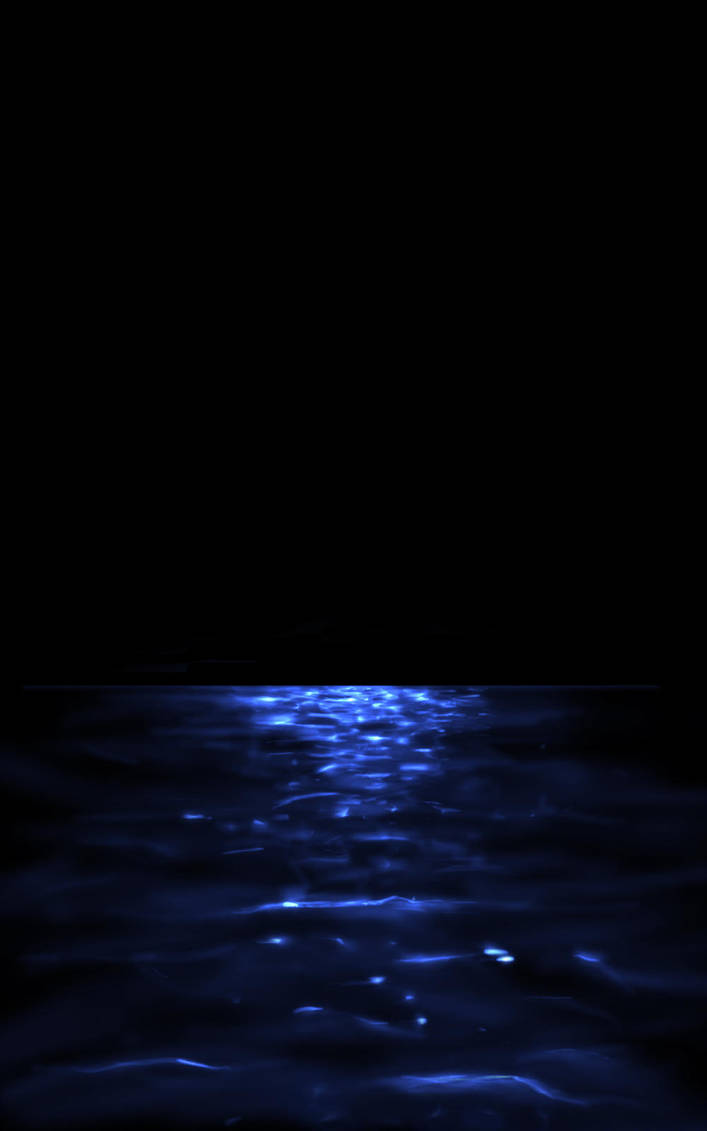 I was in a race, I was on a scooter, I managed to keep up with everyone. We came to some kind of secret base and couldn’t get out…there were two ball pits, and our belongings were thrown into them a boy I used to know was smashing them up, but he was having trouble breaking some cardboard, he said something like, oh this must be 2% level card. I teased him because he couldn’t break the cardboard.

He came out the pit and tried to head butt me, but I pushed him into the other ball pit. We were struggling to fight in the pit; under the layers of balls were random belongings like
DVDs and games, so I was picking them up and throwing them as hard as I could at him.

A work mate arrived at my house with allot of weed, my Dad was there and said it was mine.

I slept during the day and had a very short lucid dream. I dreamt that I was in a triangle room of meat, the pink bloody walls were pulsating.

A missile, or comet flew over me and my girlfriend, I was scared so I woke up.

I was in a medieval army; I remember throwing rocks with my dad at an ogre or troll. 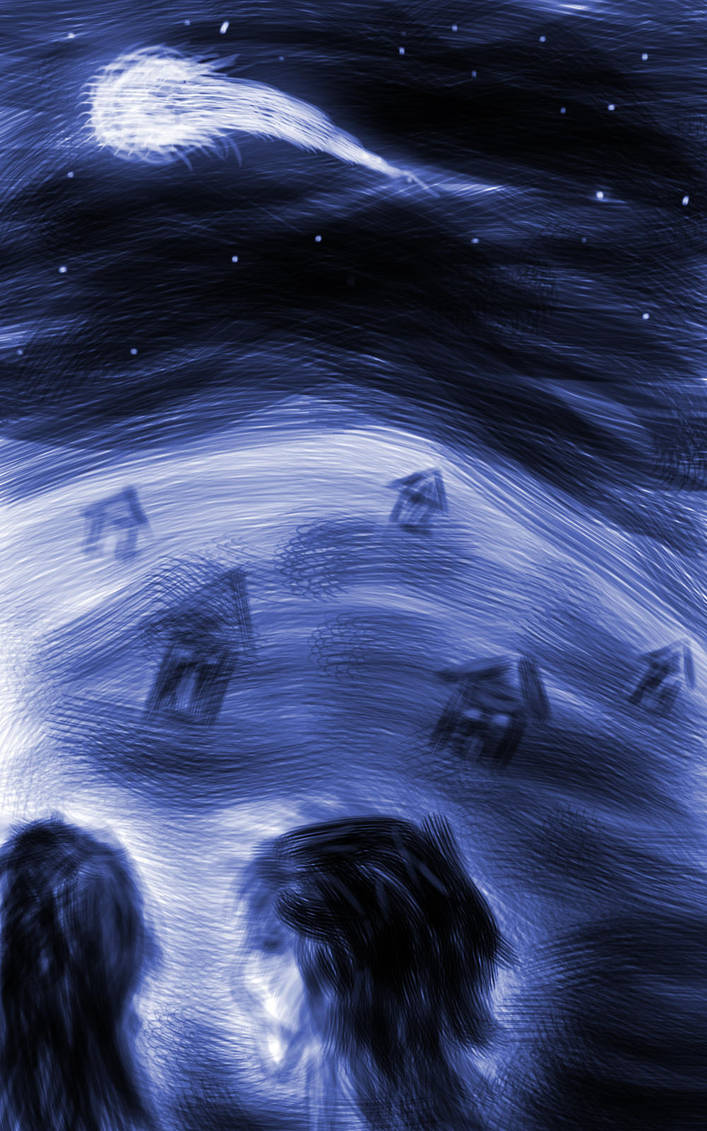 I again had a lot of dreams but I can only clearly remember the ones I took notes off as soon as I woke up.

I dreamt I was at a huge American beach party, I remember swimming to shore with a lot of people, I swam over a girl, and was pushing her underwater so that I could get ahead.

In a different dream I was some kind of tough kid at a weird school, the school was packed full of people and I would push everyone out of the way as hard as I could. I was being shouted at by a teacher in the halls, so I ran out of the school, pushing everyone out of my way.
I dreamt that I was sleeping in a tent with my girlfriend, I had tons of college work with me for some reason, and it started to rain inside the tent, so we decided to go indoors.

It seems like everything in these dreams relate to frustration, like pushing things away for my own benefit.

Okay last night I had the most psychologically disturbing and terrifying dream I have ever had and to be honest I would rather have a dream of me having my eyeballs cut out as a recurring dream rather than experience this again.

I’m not going to describe it here but when I woke up I was shaking and close to tears.

I was afraid to go back to sleep but I am so glad I did because I had some of the best strongest lucid dreams.

The first lucid dream was just me running on grass with a football/soccer ball and me realising that I am lucid, I remembered a trick that I have read in my latest book I’m reading, it says to spin around in your dream to make the dream clearer, and last longer. So I did this and then had an amazing view of the field.

The next lucid dream was again me kicking a football/soccer ball, but this time inside a wooden cabin, I again started to spin in the dream to clearly see the room.

I then had another terrifying dream, but I’m sure it then triggered the most amazing lucid dream I have ever had.

I dreamt i was in a family, I had a brother and a dad who were very abusive and would attack me one moment, then be very nice to me. I realised that I was actually in my old house and knew that I had to get out of there, I walked up the stairs and into my old room.

I began to spin to see everything clearer, the room was glowing neon blues and greens, the window was open and it looked like the early morning. Ive never properly flown in my dreams before, but apparently it’s a common thing for lucid dreamers to do. So I decided I wanted to fly, I ran towards my window, and passed through the window like a ghost, I felt like a bird who was taking its first flight, at first I was dipping and diving by accident, but then
I imagined myself lying flat and flapping my arms. Amazingly it worked and for a few minutes I had the most exhilarating feeling of being free.

I could hear and see the seagulls on the morning grass making noises, each of them looking at me as I flew past. The further away I got from my house area, the more different the scenery became.

Then suddenly there were weird structures and I could see galaxies in the sky. It was weird because after a few minutes I actually began to feel physically tired of flying.

I was arriving at the foot of a huge glass building which had odd characters walking in and out of the building. I stood at the doors of the glass building and just looked at my reflection in the glass. I was in complete awe and felt at peace, I said I need to wake up and record this dream, so I slowly woke up and did.

I had a flying lucid dream, I was at work, an army van came in through the gates, it had people from my work but they looked 30 years older I suddenly knew that I was dreaming and said I can lucid dream, everything became very very clear and I saw that we were on some kind off cliff, in the distance I could see the sea and mountains.

I really wanted to jump of the cliff and shout I’m lucid dreaming. So I ran forwards and shouted it, the weird thing was….I could hear my voice which is rare for me in a dream

So it kinda startled me a little and I began to wake up…everything was fading, I started spinning to strengthen lucidity and tried to just jump of the cliff.
I did it this time, as I fell the sky turned from day to night, I was flying over water for a while, the water was polluted with rubber gloves, like washing up ones, and sponges.

The best part of the dream was when I was gently flying. All of a sudden party poppers were exploding in the air, and once I focused on the sky in front of me, huge amazing silent fireworks exploded filling the sky, from this point on I began to lose lucidity, I was in a huge log cabin, I tried to pass a doorway, 3 people were blocking me and tried to throw something at me but I caught it and threw it as hard as I could back, making them leave.

I then walked out a doorway and as I touched the door I said I have a job to do in this world , and my girlfriend appeared behind me and I hugged her before I left, as I hugged her I woke up.

I dreamt of two people harassing me and friends during the day in a town, we were building an alphabet on a wall, suddenly I was in the country side at night and standing outside of the car boot… I had a report from no where.. it was apparent that the people were killers and one with black hair killed for fun.

I realised this was simply a visualisation I actually had with my eyes open in real life.

I dreamt that I was watching a womans tv show, I’m not sure what it was about but two girls slapped each other, so one had to leave, she was shouting and acting out while leaving.

I woke up and couldn’t see very well, I felt as if I was being pulled around by something, I then have a weird feeling, I wanted to see inwards so I concentrated, and things started to flash patterns were flying towards my eye and I felt very strong waves radiate from my head, I’ve only had something like this once before after eye gazing with my girlfriend for hours.

I had a vision, the feeling of my body being pulled towards imagery and then seeing loads of flashing images of Egypt could and feel “signals” come from my head.

I had a lot of strange dreams, the only part that I remember being lucid in was……there were lots of old people in the street and I kept trying to run up and punch them as hard as possible but every time I got 1cm away from then my punch would stop, but then one time I did a big run up…and during the point of running I became lucid and managed to punch the old person into the sky, I then ran and kicked an old man too.

I was so excited to be lucid and in this zone of dreaming…I closed my eyes and tried to spin to enhance lucidity but it didn’t work, I just woke up.
There was another part where I was in a shop with my sister for agesssss. The shop had really cool art pieces in it. I dreamt of a man who slit his wrist
it was a training exercise, but no one seemed bothered to help me, I could hear the tubes in his wrist bubbling blood….the sound of a straw sucking the bottom of a glass of juice.

I ran outside and shouted anyone help, and then asked the trainer for a phone to ring the ambulance, I passed the test. A police officer came up to me and I handed him the kitchen knife.

Kids were laughing at me for doing the right thing.